FOLLOWING THE TRAIL OF PROKUPAC

An integral part of this year's celebration of Prokupac Day was a two-day press tour of the most important wine regions of Serbia where Prokupac is grown in vineyards. The corona pandemic did not prevent wine connoisseurs from Serbia and the region (Northern Macedonia, Croatia, Slovenia, Hungary) from coming to Serbia to get acquainted on the spot with the best Prokupac wines on a two-day tour through Serbian vineyards on October 11th and October 12th, 2020.

A journey to Župa is always demanding. It is difficult to fit a tour of Župa and local wineries into a day trip, because it means at least 6 hours' driving. Therefore, the best option is to spend the night somewhere nearby in order to make the most of the day when visiting local wineries and vineyards.

Hence we chose Vrnjačka Banja, one of the most popular tourist destinations in Serbia. Hotel Fontana, located in the very heart of the town, provided us with comfort expected of a 4-star hotel, while respecting all measures to prevent the covid-19 epidemic. Hotel Fontana is a good option if you want to include spa relaxation and rest in addition to wine tourism of Župa.

Of course, our stay in Vrnjačka Banja couldn't pass without a visit to Grabak winery, which came in the spotlight this year thanks to its Vivak Prokupac 2017 wine awarded gold at the Decanter wine competition in London. The interest in visiting Grabak winery was all the greater because Vivak Prokupac and other wines from this winery can be tasted only in the winery and in selected restaurants in Vrnjačka Banja and its surroundings. Miloš Jovanović, the owner of the winery, opted for a "local" approach, which is to sell wines in the vicinity of the winery, taking into account the limited quantities of wine produced in this winery from vineyards covering a total area of ​​3 hectares. Vrnjačka Banja attracts enough tourists so that there is no need to expand too much on the Belgrade market as the largest in Serbia, and they also intend to remain a small boutique winery that will be able to fully control every phase of wine production. It is interesting that we had the opportunity to taste Vivak Prokupac and Grabak Prokupac from 2017, wines made from the same grapes, with the sole difference that after vinification, Vivak Prokupac matured in Serbian barriques, while Grabak Prokupac is a pure expression of the variety, without any influence of barrel ageing. And indeed, both versions of Prokupac found their fans because the wine experts' opinions on which Prokupac they preferred were divided. In any case, everyone was unanimous that Prokupac as a variety does not need blending with other varieties to produce excellent wines. And an important feature of Prokupac is its character, which shows nicely both in blends and when it is monovarietal. There is no doubt that the judges at Decanter were also enchanted by the elegance that Prokupac from Grabak winery possesses. As we tour Grabak winery, we can see mutual understanding and common philosophy of the owner Miloš Jovanović and the oenologist Marina Bogićević. Marina benefitted from her experience and winemaking knowledge gained in Italy in order to intervene in the production of Prokupac as little as possible, so that the resulting wine would be an expression of terroir and grapes obtained in the vineyard. A part of the grapes used for Vivak Prokupac originate from old vineyards located on the plot called Božurevac at an altitude of 500 meters.

The next destination is inevitably Župa. The region that has preserved Prokupac to this day and the place where you will find old vineyards of Prokupac, aged more than a century. Before heading to Prokupac Caravan, which was held for the first time this year in cooperation with the Tourist Organization of Aleksandrovac on the plateau in front of the Museum of Winemaking and Viticulture in Aleksandrovac, we had an opportunity to get acquainted with wines produced in two local wineries: Budimir and Ivanović.

From the very beginning, Budimir winery focused on autochthonous varieties of Župa region: Prokupac and Tamjanika. In the winery, we were welcomed by Grandpa Buda, who has been involved in winemaking for more than 70 years and testifies to winemaking tradition of this family. He greeted us with a glass of Tamjanika pomace brandy. In addition to wines made from Tamjanika and Prokupac, Riesling with a label Margus Margi also received praise. Journalists were happy because after tasting Prokupac Boje Lila from three different vintages (2013, 2012 and 2011), they would have an opportunity to visit that famous vineyard at Gubovac site, which is more than 120 years old.

In the wine cellar of Budimir winery, we also discovered several amphorae in which Prokupac and Tamjanika from the vintage 2019 are already maturing. So, Budimir winery continues to explore new horizons of Prokupac...

The hike to Gubovac hill will be long remembered by some journalists. Sweaty forehead, breathless speech and fatigue were all forgotten when we reached the famous vineyard with old vines and a view that spreads across entire Župa. The panoramic view that will be remembered for a long time. Old vineyards in Župa are a treasure of Serbia that should be even closer to wine experts from around the world, because much larger wine countries do not have as many preserved old vineyards as we can find in Župa nowadays.

Then we return to Aleksandrovac to the family house of Ivanović family, where there is also a wine cellar. And here we had the opportunity to taste for the first time a wine which will be on the market only next year: 100% Prokupac from old vineyards located on Varina hill. This wine is an excellent example of Župa's advantage over other Serbia's wine regions. Old vineyards on the white soil called "belobrežina" give the wine strength, concentration and character. Our impression of Župa is even stronger because the entire Ivanović family is engaged in wine, everyone has grown up alongside vineyards and lives with wine. We were also pleased with the news that vineyards on Varina hill, owned by the Ivanović family, are expanding and that the entire hill of Varina will be covered with vineyards again, as it has been since ancient times.

Then the entire Župa gathered in front of the Museum of Winemaking and Viticulture at the Prokupac Caravan. With almost 30 exhibitors, wineries from Župa and Toplica presented their Prokupac wines. Great atmosphere, jazz music, genuine wine lovers and great organization have definitely given this event the reputation of the most beautiful wine event in Župa this year.

The following day was equally intense. After Župa, the journalists, following the course of the West and Great Morava rivers, reached the vineyards of Jagodina and Temet winery in Lozovik. Quite a different winery compared to the ones we had  visited in Župa. Contemporary architecture, expensive state-of-the-art equipment, but even here the focus is on Prokupac. After touring the wine cellar, we got a chance to taste samples of Prokupac from amphorae and barrels of 300 and 500 liters. Also, the focus is on the micro-location, so we could compare expression of Prokupac from the micro-locations of Beli Kamen and Medjurečje.

Halfway between Žabari and Svilajnac, our next stop was Virtus winery. This press trip clearly showed us that winemakers work hard on Prokupac. In each cellar, we discovered new wines that will only hit the market in the coming years, an innovative approach that strives to get the most out of this variety and a better understanding of the variety. In addition to its classic Prokupac, Virtus winery also gave us the opportunity to taste a new release that has already received great reactions: Prokupac 733 from vintage 2017 matured in the best French oak barrels specially chosen in the winery for this wine.

The day ended in Despotika winery with Prokupac under the label Zmajeviti from two vintages: 2016 and 2017.

Although tired, we felt satisfied while returning to Belgrade after this two-day trip to the vineyards of Prokupac. It is already clear that the coming years will be crucial for further affirmation of the variety and that winemakers have realized that in their hands (and barrels) they have a worthy authentic variety which can yield great wines. And they are going in good direction. This gives us more reason to celebrate October 14th - the day of our Prokupac!

HOW PICASSO EARNED 12 BOTTLES OF WINE FROM YUGOSLAVIA 1519 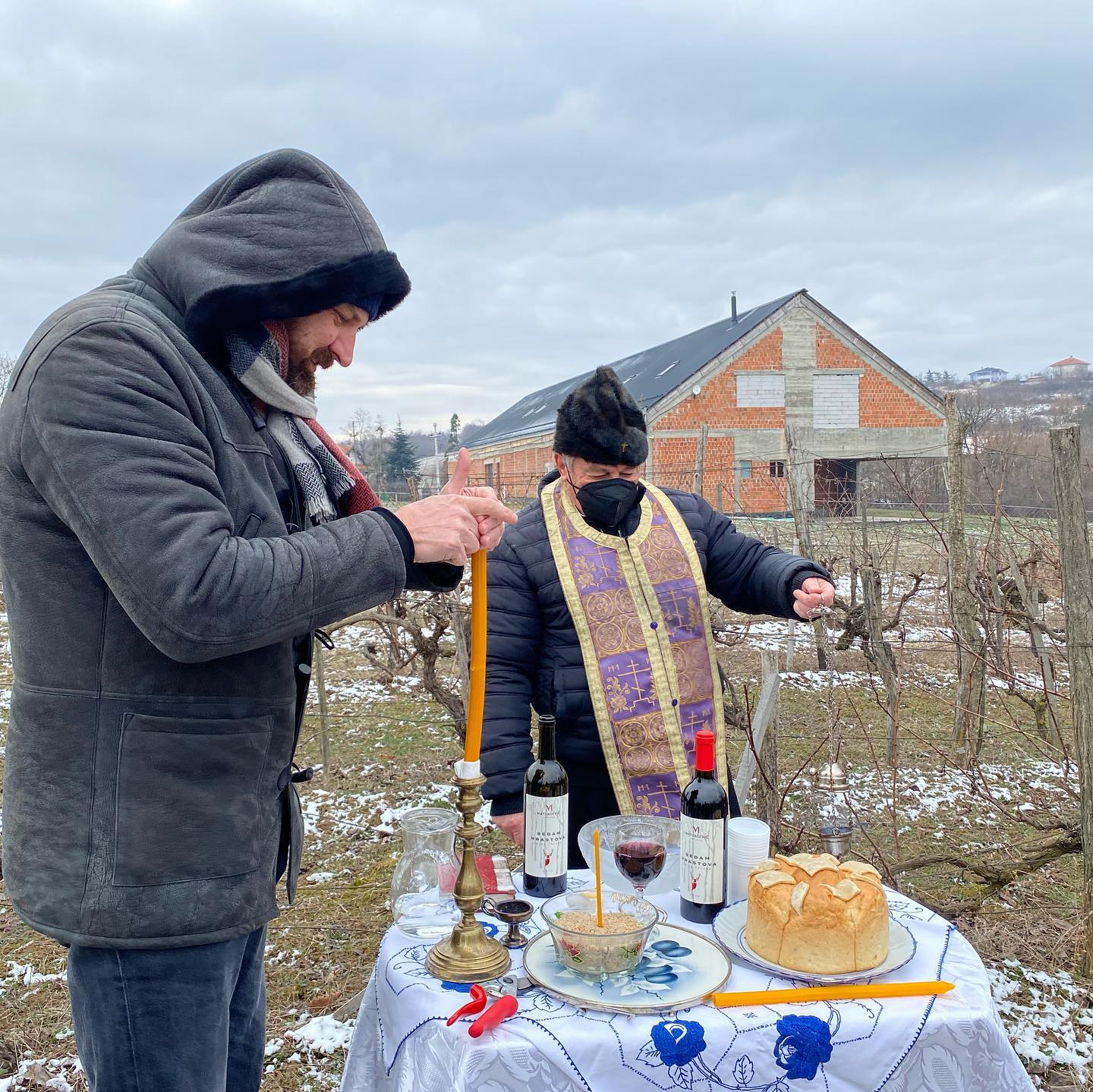 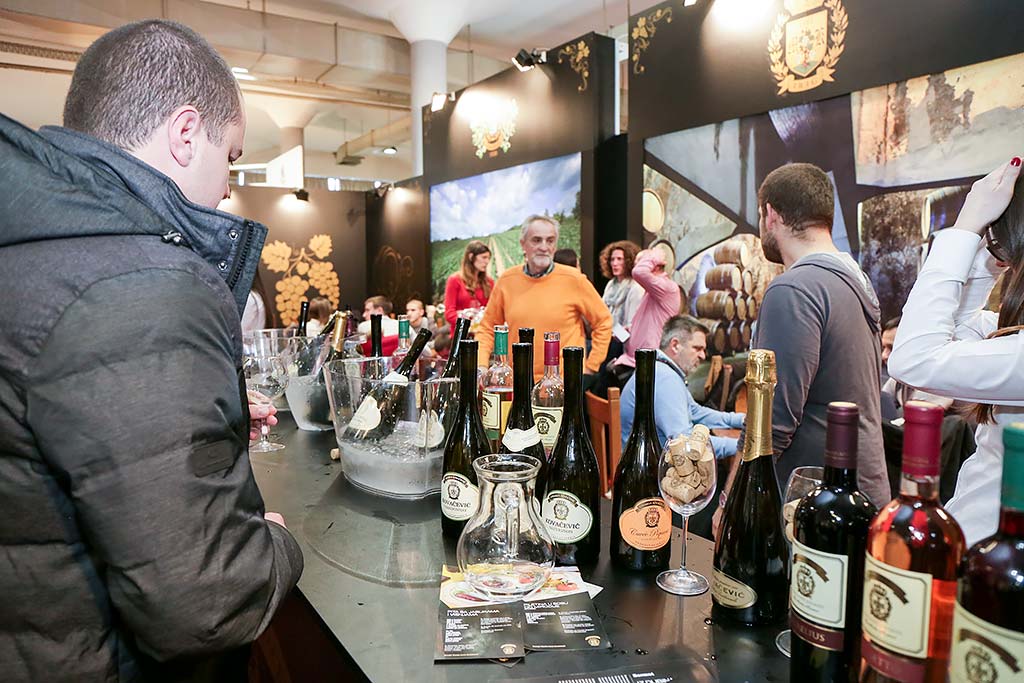 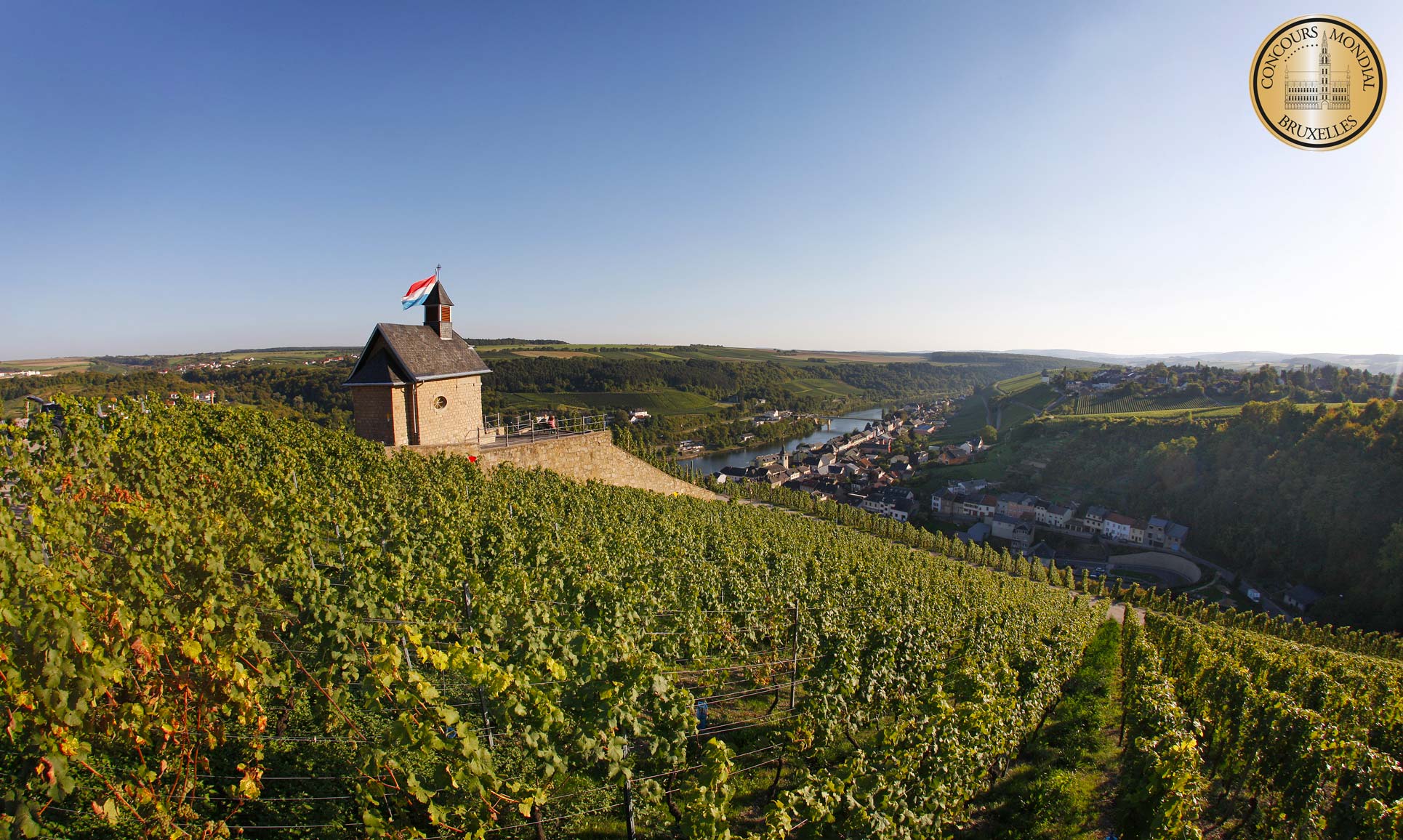 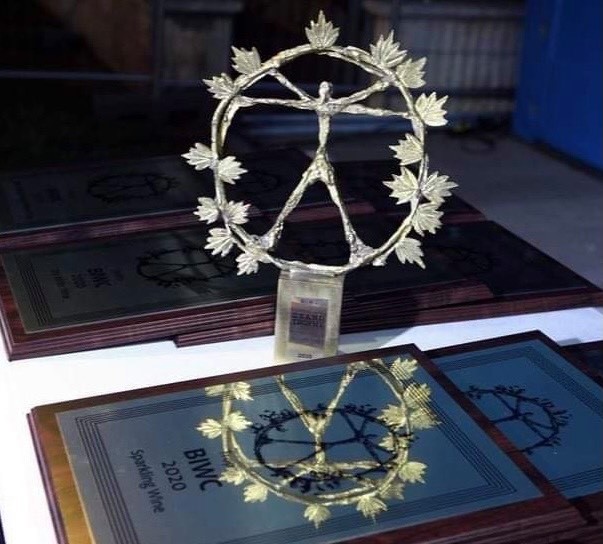 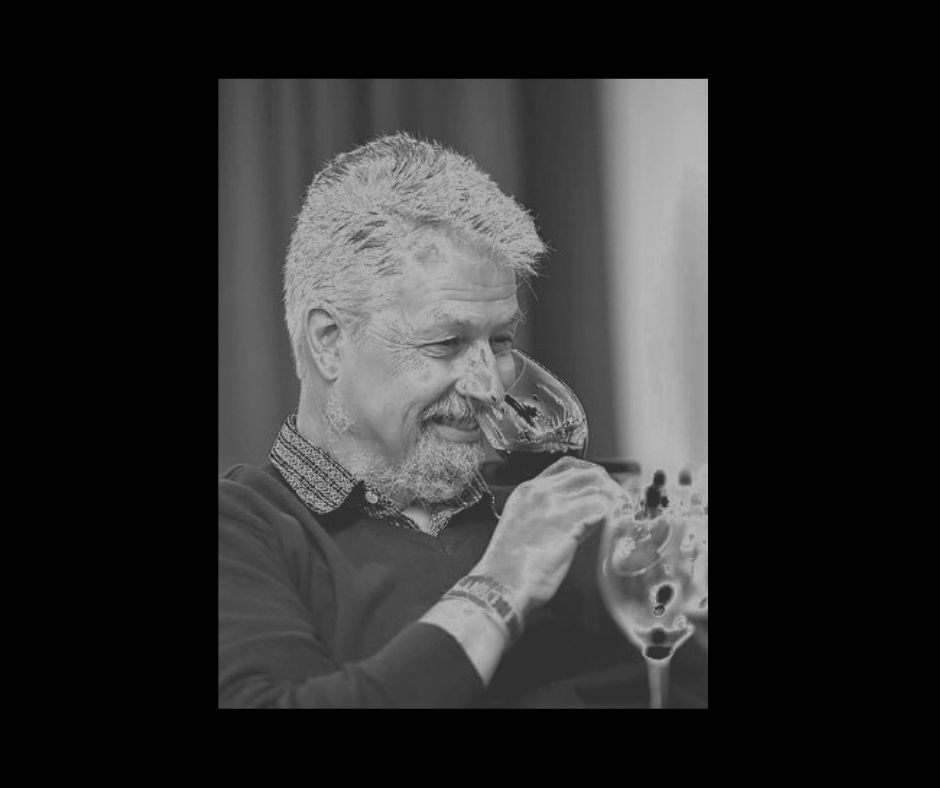