WINES FROM ŠUMADIJA, THE HEART OF SERBIA

Šumadija is a wine region from which the renewal of Serbian winemaking tradition started. Historically, it is not the most important wine region, nor is it a region with the largest preserved areas under vineyards. Maybe that was the reason why wine makers from Šumadija set out to create the foundation for some of the top wines that can be found on shelves today, without the burden of traditional winemaking.  GEOGRAPHIC LOCATION Šumadija is surrounded by large rivers on all sides: the Sava and the Danube in the north, the West Morava in the south, the Great Morava in the east and the Kolubara in the west. The relief of Šumadija fascinates with its diversity and beauty made up of shallow river valleys and ravines, vast wavy surfaces and remnants of the suspended parts of the old mass, that is Internal Dinarides.  A vast number of small rivers flow through the region on their way to some of the major rivers that surround this area. These small waterways dissected the relief of Šumadija and gave it a hilly layout. Terrains stretch over altitudes ranging from 100 to 1130 meters. The highest point of Šumadija is Mount Rudnik (1132 m). The village Pčelice lying 8km west of Kragujevac is the geographical center of Serbia, so we can rightly say that wines of Šumadija region come from the heart of Serbia.

CLIMATE AND SOILS Favourable climte conditions and soil composition resulted in getting people in Šumadija involved in wine-making and fruit growing since time immemorial. The climate in Šumadija is moderate continental with significant microclimate differences that arise due to the size of the region and the differences in the altitude (from 100m to 1130m). Also, there is an abundance of various micro-locations with features of Župa climate . The winds blow from all directions, but mostly from the west and north-east. The climate is further characterized by moderately warm summers with significant disparities in temperature between day and night. The winters are cold and springs are generally shorter and colder than the autumns. In the north, the effects of the Pannonian steppe-continental climate can be noticed. Throughout the region, the driest month is September (with average humidity at 39 %), while the warmest month is July. Šumadija has an average of 92 days per year with temperatures over 25 degrees Celsius. This region offers excellent opportunities for vine growing with frequent sunny days, significant changes in temperature between day and night, and a good annual distribution of rainfall. The entire region is constantly varying in soil types across different smaller plots. Therefore, it is especially important in this region to properly select the right micro location for the vineyard. Alternately you will come across lots with cambisol, smonitza, ranker and even with patches of chernozem in the north. 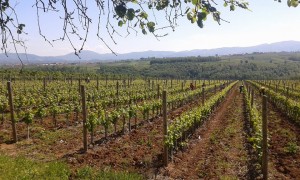 Tradition has it that viticulture existed here in the time of the ancient Romans. Today only the etymology of the names of local places such as the village of Vinča (from the Latin name Vincae) clearly indicate this.

Šumadija region was once covered with dense forests and it even got its name after them ("šuma" means forest in Serbian). At the time of the medieval Serbian state many of those forests were cleared. However, due to the Ottoman occupation in the Middle Ages, the Serbian population fled northwards leaving their cultivated fields behind. Soon enough, these large areas were again covered in impenetrable forest. During the 18th century a population from the south began migrating to Šumadija and a new period of deforestation started which resulted in the formation of areas with fertile soil. Today, only preserved forested areas in the mountains and small forest oasis remain. For example, 90% of Bukulja Mountain is covered in forest.

As for the wine history of the region, the French traveler Bertrandon de la Broquière wrote about the vineyards on the slopes of Kosmaj and Venčac in 1423. However, the more significant history of the region begins with Karađorđe (the Grand Leader of the First Serbian Uprising against the Ottomans from 1804 to 1813) and his son, Prince Alexander, who had a wine cellar at the Oplenac hill. This tradition was later continued by the King Petar I Karađorđević (Peter I of Yugoslavia). In the year 1906 King Petar started to buy off the land and vineyards from the farmers in the Oplenac area. He then realized that the local population would not easily give up their family vineyards, as they were passed down from generation to generation. Therefore, the King decided to raise new vineyards with indigenous grape varieties such as Kameničarka (Prokupac); Skadarka; Smederevka; Dinka; Žilavka and Začinak.  A folk legend says that King Petar was also a member of the Venčački winemaking cooperative, but he was barred from it because he required higher prices for the grapes from his vineyards. 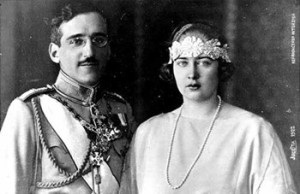 King Petar’s successor, King Aleksandar Karađorđević inherited  love for wine and viticulture from his father. Starting in the year 1923 King Aleksandar began planting international grape varieties such as Chardonnay, Gamay, Pinot Noir, Gewürztraminer, Sauvignon Blanc and Riesling in Šumadija region (Oplenac area). There is an interesting anecdote related to King Aleksandar Karađorđević. Initially, he and his father processed the grapes from the royal vineyards in the facilities of the Venčac winemaking cooperative. However, on one occasion, King Aleksandar requested for his grapes to be delivered immediately, without his ox-drawn carts having to queue in front of the cooperative together with the goods of the other wine makers. When his wish was not fulfilled, he decided to build his own wine cellar at the hill of Oplenac. So, in 1931 a 45 meters long and 15 meters wide King's cellar was built. It has a capacity of 400 000 liters with two underground floors. The wine used to be stored here in barrels made of Slavonian oak with a capacity of 4 000 liters. The gloomy days for this wine region occurred after the Second World War. Venčac winemaking cooperative was nationalized and became a part of an industrial state-owned company for wine and spirits Navip. The King's winery in Oplenac was confiscated along with other properties of the royal family Karađorđević and was further used by an agricultural industry PIK Oplenac. Over time, these vineyards were neglected, as common assets were often treated in a careless fashion.  Poor was the state of Šumadija wine region until its renaissance in the 1990s. The renewal of this old and beautiful wine region was initiated by wineries Aleksandrović and Radovanović. Since then, Šumadija managed to reach an area of approximately 1120 hectares covered with vineyards.

GRAPE VARIETIES Until 1930s, one would commonly encounter indigenous grape varieties such as Kameničarka (Prokupac); Skadarka; Smederevka; Dinka; Žilavka and Začinak, black and white Tamjanika and Plovdina. King Aleksandar is credited for the arrival of international grape varieties from France and Germany: Riesling, Sauvignon Blanc, Semillon, Pinot Noir, Gamay and Cabernet Sauvignon to the Oplenac area of Šumadija region. This region has long been known for the production of white wine, and a German winemaker Emil Reder improved it by bringing the modern technology and knowledge to Šumadija in the year 1929. At that time, the area under vineyards spread over more than 2 000 hectares, and the Venčac winemaking cooperative offered numerous wines to the market including a sparkling wine produced in a traditional manner under the supervision of a French oenologist. Today, this region has white wines of outstanding quality, although Pinot Noir also gives excellent results in the area of Oplenac. Grape varieties such as Cabernet Sauvignon, Merlot, Cabernet Franc and Prokupac should be planted in Šumadija in areas with lower altitudes and greater sun exposure.

HOW PICASSO EARNED 12 BOTTLES OF WINE FROM YUGOSLAVIA 3474