VUKOJE - THE MIRROR OF HERZEGOVINIAN VRANAC

I wish we were in no hurry so that I could stop at each lookout along the road that leads from Čačak and Užice via Višegrad to our final destination: Trebinje at the foot of Mt. Leotar. Beautiful scenery, autumn in its splendor of colors and shapes; surrounding vegetation reveals changing of climatic zones as we progress further south.

Together with a group of wine journalists and bloggers, we visited "the source": the area from where Vranac grapes originate. The itinerary takes us to Montenegro, but the first stop on the road is Herzegovina. After a few hours' driving, we take an "educational" break on Mt. Zlatibor to show foreign journalists how to eat "komplet lepinja" (signature dish of West Serbia): always with your fingers, you should first eat the upper part of the bun whilst dipping it in the filling in the lower part, and then finally the lower part should be eaten, as it has sufficiently absorbed the delicious filling made of dripping, kajmak (milk cream) and eggs. And of course, it should be accompanied with homemade fermented milk.

Before dusk, we arrive near the town of Trebinje. The surrounding karst relief forms undoubtedly indicate that we are somewhere near the sea... Along the road, pastures and cows continue to graze uninterestedly. After a long journey of almost 450 km, I am already getting impatient and thinking that everything would be much closer and easier to reach in the Balkans if the road infrastructure were better. And suddenly, across the Leotar pass, a view of Trebinje shoots in front of us. It is almost dark, so I look at the outlines of this small town of 30,000 inhabitants located on the Trebišnjica River basking in the last rays of the setting sun. We descend Leotar slope and reach the center of the town.

EVENING AT THE FOOT OF LEOTAR

Hotel check in, a brief repose to recover from long journey and then a stroll and getting acquainted with Trebinje. There are fewer tourists  and locals on the streets (the summer season has passed). We choose to dine at Kolo restaurant, where we pair local food, Vranac made by a local winemaker and we recollect impressions from the road leading from Belgrade to Trebinje, gather stories about Ivo Andrić and Višegrad bridge.

TREBINJE - PEARL OF THE MEDITERRANEAN

A good night's sleep best regenerates the body. In the morning I wake up like a new person... A sunny day in Trebinje, enough time to walk through the town center after breakfast and have some local coffee... Again, I get this feeling of being at the seaside. Mediterranean architecture, playful patterns of shadows and sunshine on stone facades and plane trees, gates and aisles overgrown with vines... We also have time to visit the Old Town, Arslanagić Bridge, Anđelka's Gate, Church of the Holy Transfiguration...

Trebinje and Herzegovina in general are recognizable in the wine world by two local varieties that have found their ideal home in this region: Žilavka and Vranac. The right address to get acquainted with these two in as much detail as possible is Vukoje Winery. It has put Trebinje on the global wine scene.

I have already talked to Radovan, the owner of the winery. Since the harvest is in full swing, he will be in the vineyards, so his wife Jagoda will take us on a tour of the winery.

The visit to Vukoje Winery located on the slope above the town of Trebinje starts from the rooftop terrace and the view that stretches over the entire city, then across the vineyard Zasad Polje all the way towards Popovo Polje.

Vineyard Zasad Polje is located in the former riverbed of  the Trebišnjica which changed the course due to construction of a dam upstream. The varieties in the vineyard are Žilavka, Vranac, Merlot, Pinot Noir, Cabernet Sauvignon and Syrah. The soil is rocky, mineral, permeable. Facing south, the plot is exposed to the sun all day. However, the factor that makes this site special is the movement of air, that is, the penetration of the sea breeze from the shore, which is only 11km away by air and the proximity of the Trebišnjica River, which creates a microclimate where temperature reaches 38 degrees Celsius in the summer but during the night at the same place it drops to 12 degrees.

Another vineyard of Vukoje Winery is located in Ušće. It's the Imperial Vineyard, a historic plot in Lastva, at the confluence of the Sušica and the Trebišnjica that was also well-known during the Austro-Hungarian Empire. Jagoda proudly points out that it is the best Žilavka vineyard that always produces outstanding results in this location. Even in 2014, the harvest in that vineyard was outstanding. The Imperial Vineyard is planted exclusively with Žilavka, the total surface covering ​​2.5 hectares. The first harvest from that restored vineyard was in 2007.

Vukoje Winery has been producing wines since 1982 when the wine was sold in their family-owned restaurant (since legislation prohibited sale of wines on the market by small producers in those days). Following law changes, the winery created the first wines under its own label in 1996  and they have been available on the market since then. The owner of the winery, Radovan Vukoje, continued his enological training in Italy after graduating from the Belgrade University.

Taking into account emigration trends throughout the Balkans and departure of skilled workers to work abroad, it is logical to question whether they expect difficulties in Herzegovina in finding skilled labor for vineyard and cellar jobs. The principle they follow at Vukoje Winery is to support development of their workers year after year. Because of this, their workers are full-time employed throughout the year so they can plan their future in the winery. Thus, the winery has at disposal employees who know well the vineyards and grapes they work with. This is vitally important because Vukoje Winery uses only grapes from its own vineyards to make wines. The harvest is done manually. In the course of a year, in addition to green harvest, the workers also harvest grapes to make distillates, then harvest grapes for premium wines and finally there follows late harvest.

We continue our tour of the winery in the cellar. The wine is aged in barrels made of four types of oak: French, Portuguese, Slavonian and American. They combine new and used barrels. I can say that Vukoje Winery has indeed found a winning recipe when it comes to smart use of oak. All wines from wooden barrels are characterized by a very skillful use of oak, where Radovan gives them his signature featuring balance, aromatic complexity and enough time for the wine to mature before entering the market. This can be particularly  witnessed in wines made from Vranac variety which requires ageing in oak.

Tribunia Chardonnay & Malvazija Dubrovačka 2018 - Vukoje - (varietal composition: 50% Chardonnay, 50% Dubrovačka Malvazija) Vukoje Winery reintroduced Dubrovačka Malvazija to Trebinje, since this variety was once widespread in the hinterland of Dubrovnik, East Herzegovina and parts of Montenegro. The blend of Chardonnay and Dubrovačka Malvazija meets our expectations: the nose reveals Malvazija aromas of white flowers complemented by hints of tropical fruit, ripe pear, apple. Pleasant acidity gives this wine freshness. Rounded, complex on the palate, a persistent finish which brings back a delicate floral aroma with hints of lemon.

Carsko Vino (Imperial Wine) 2015 - Vukoje - (varietal composition: 93% Žilavka, 7% Bena) The name of this wine refers to the glorious past and reputation of Žilavka in the Austro-Hungarian Empire. Grapes from the Imperial Vineyard in Ušće site are harvested a little later, about a month after regular harvest, which results in greater concentration. Fermentation and aging for one year in acacia barriques, sur lie, followed by at least 8 months in a bottle.

The wine gives out youthful impression... I believe that decades of noble aging are ahead of it, so it will further improve over time. A great wine of Herzegovina. Minerality breaks through layers of aromas on the palate: peach, honey, fresh figs, citrus fruit, wet stone. Full body, smart oak that gives away Radovan's signature.

Vranac Reserva 2012 - Vukoje - (varietal composition: 100% Vranac) Grapes sourced from the best sections of the vineyard have been harvested a bit later, with strict selection principles applied in each segment of winemaking. The wine aged for 18 months in barrique (a combination of Slavonian and French oak) followed by 12 months in a bottle. Vranac from Vukoje Winery fascinates me with its always dominant fruity freshness, without heavy, jammy, overripe aromas of cooked fruit. Even when we taste aged Vranac wines. On the nose, there are still aromas of black forest berries, blackberries, sour cherries with tones of pepper, coffee beans, dark chocolate, fresh tobacco, cedarwood, mint. Robust structure, full body, power combined with fine minerality. My favorite at this tasting. 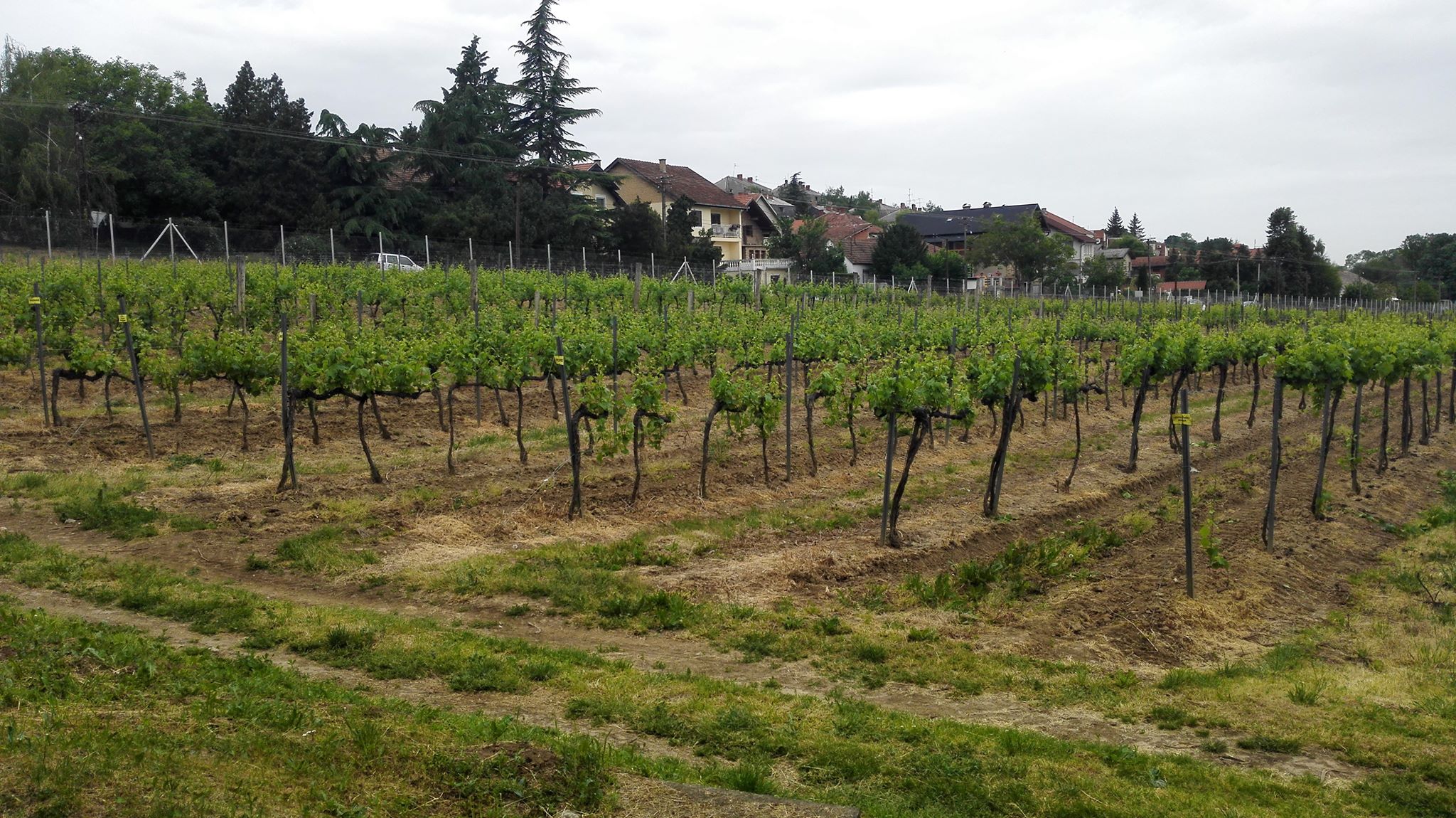 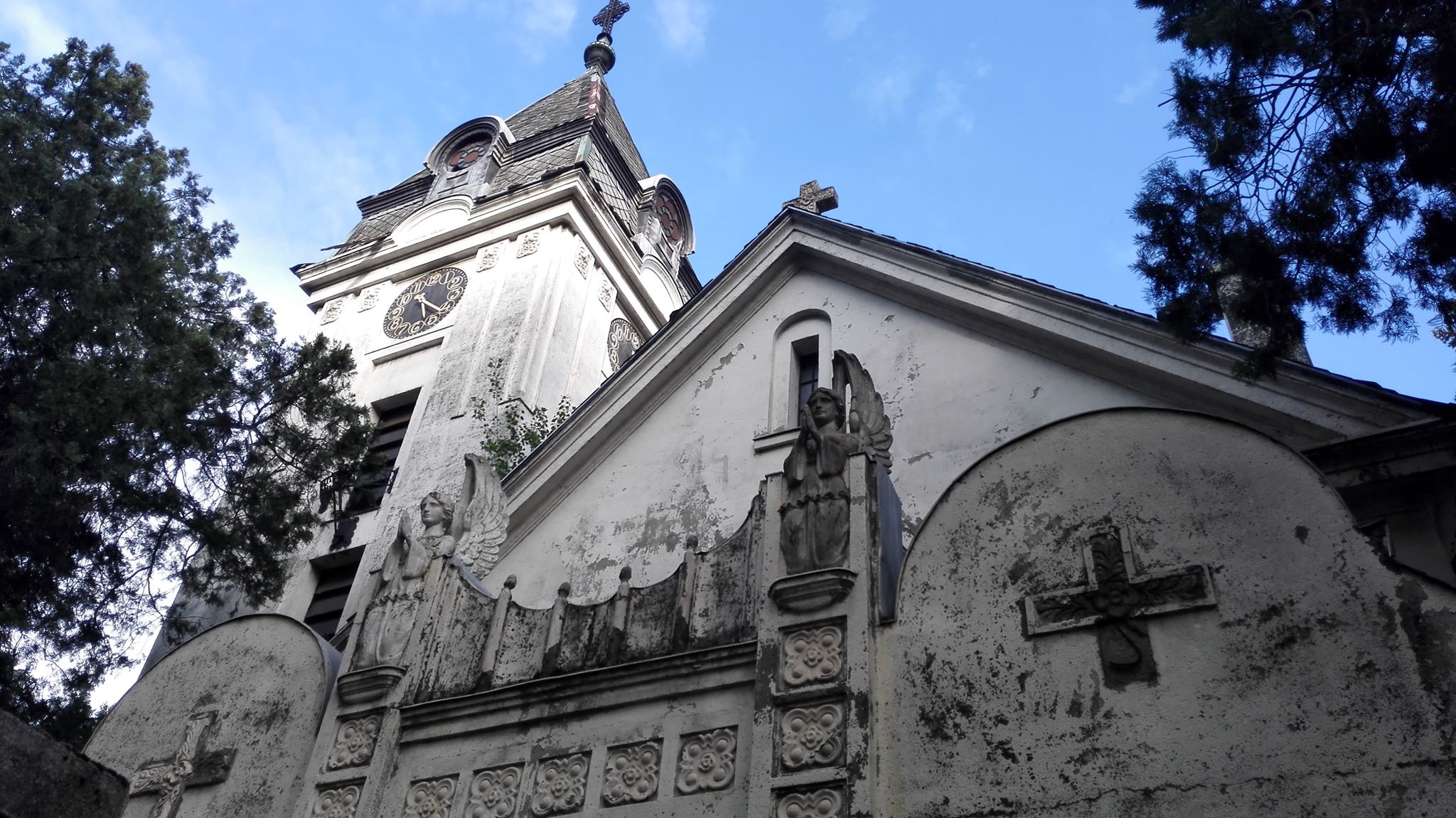 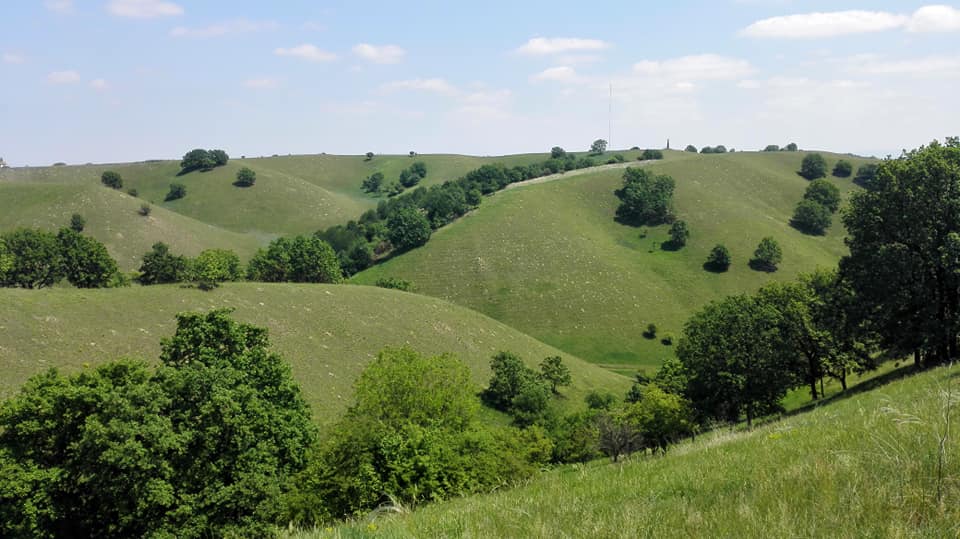 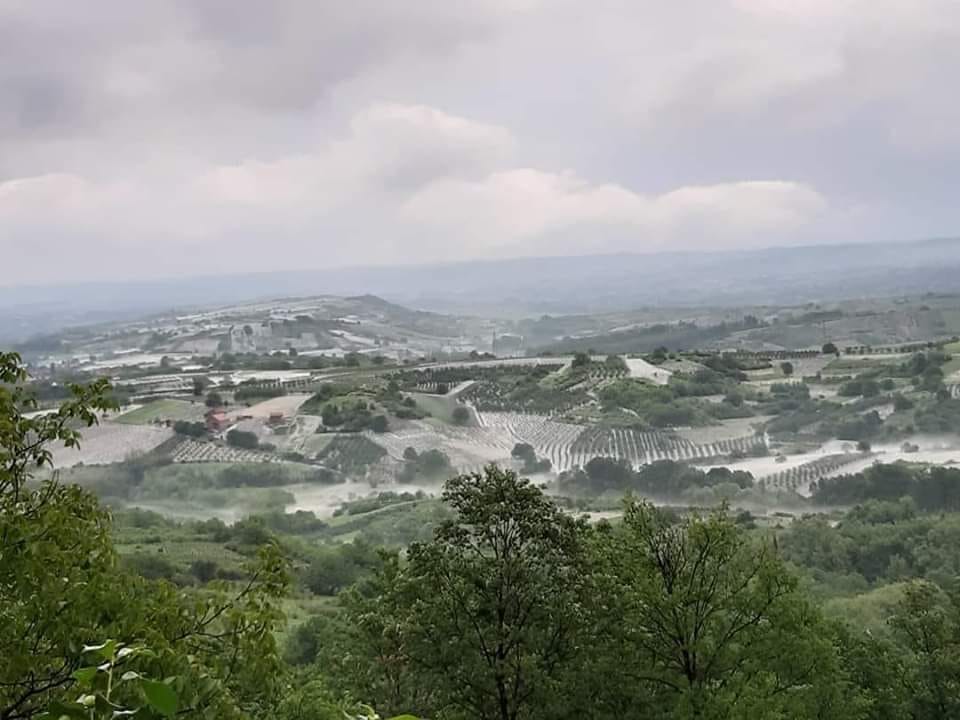 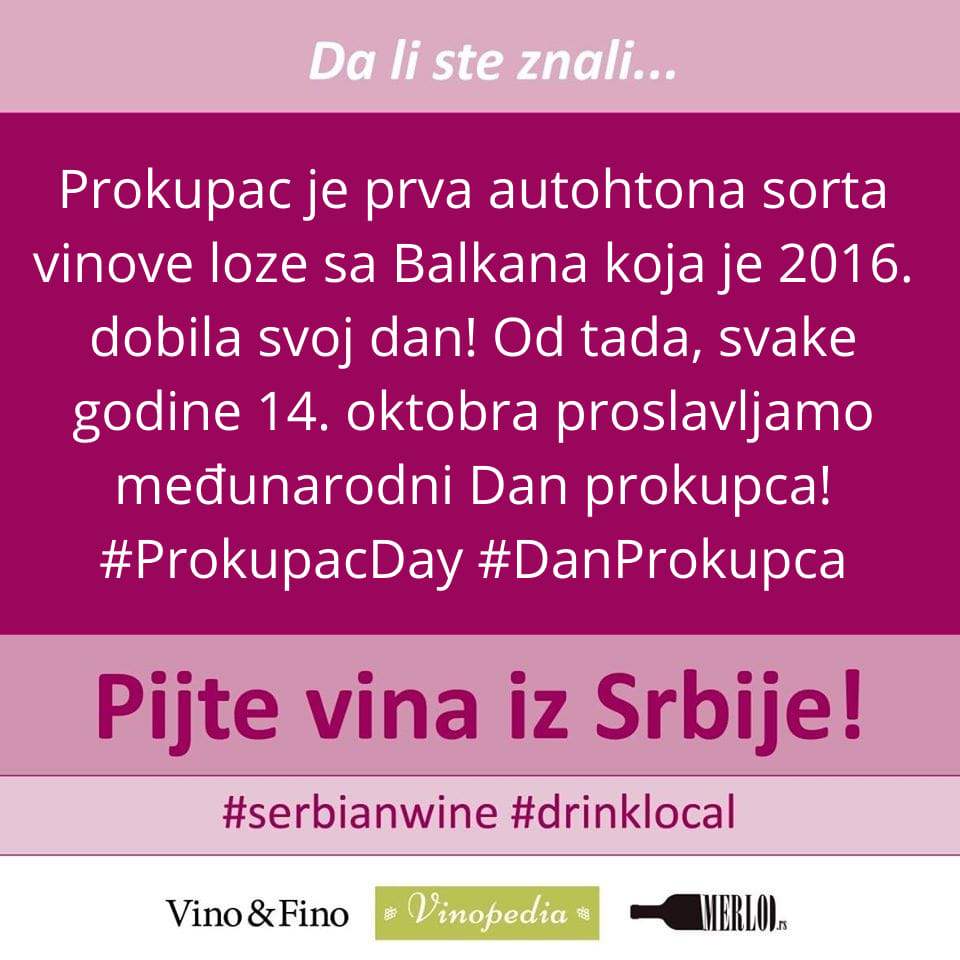